Methodology of the Anti-Gun Media ... AGAIN


Yeah, I know. I posted this 4chan article a couple times before. In light of the present liberal gun control wankfest, I feel it needs to be read ... AGAIN.


Methodology of the Anti-Gun Media

So here's what's going on right now in the US Media: ideological subversion. There is a pattern and a method at work here, and it's a pattern and method we need to educate yourselves about. It's no secret that the mass media (with the exception of Fox News, regardless of your feelings toward that network) is pushing for gun control. The majority of Americans are opposed to gun control, and the Left cannot stand this fact. We are the majority.

So what exactly is the mass media doing and how are they doing it? There's a simple answer to this question. The various news networks and publications are telling Americans what and how to think.

Here is the method they are utilizing:

1. Build an emotional shitstorm through sensationalism and bombarding us with constant reminders of the Sandy Hook Massacre, even though there is plenty of other news.

2. Present the Left's argument for gun control before the Left's politicians do. This gives the appearance of a grassroots movement.

3. Build a false narrative. For example: Evil child-killing assault weapons with glock clips, and shoulder things that go up are finding their way into the hands of murderers with ease, and are triggering gun crimes.

4. Demonize and ridicule the NRA, GOA, Republican Party, Libertarians, and anyone else who opposes gun control. Very Alinskyite.

5. Fake a consensus. Stock panels with antigunners and foreigners who don't understand America's heritage of freedom. If you want a good example of this, take a look at CNN's panel discussion a few nights ago. Three of the panelists had British accents. ( http://www.youtube.com/watch?v=aIPV4N_81PU )

6. Present gun control as the only solution to the problem of violence.

7. Claim that gun control is "progress" and that the Constitution is outdated and requires revisions. 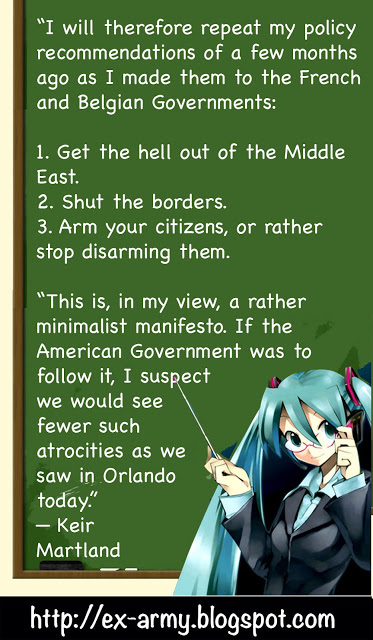 That weird political site with the anime pics where I got the above illustration here.


Go to Jays' Tee Vee blog main page here. You're already there if there are articles beneath.
Posted by Jay at Friday, June 24, 2016 4 comments: Links to this post

Antibody: A The Melancholy of Haruhi Suzumiya Fan Fiction Story 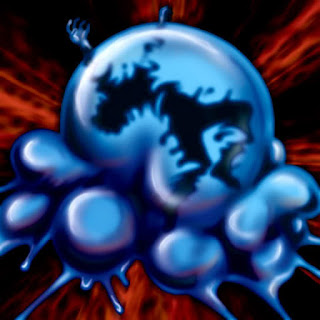 Antibody: A The Melancholy of Haruhi Suzumiya Fan Fiction Story

With a contemptuous snort, Haruhi stalked out of the club room demanding me to follow. Itsukes' look of concern prompted me to comply.

I swear, that kid can be so headstrong. She-

In the aeons of its' so far existence, the non-entity drifted dormant in the currents and eddys of the trans-dimensional sea. Chances it would ever be activated and come into use, if it were possible, less than zero. It would stay that way throughout eternity, it-

On a chance flow near a corporeal plane ...

An opening "phased" into the reality, mechanism fixing upon the threat.

In less than an instant, self generating tendrils completely enveloping, the target was drawn through the temporary portal and into the gelatinous mass of the non-entity. Enzymatic action initiated, quarrys' structures and proteins instantly breaking down, reduced to simple compounds and elements.

From its' position in trans-dimensional quasi-space, the non-entity moved on to the other threat/target very close by.

She couldn't have dashed down the hall so quickly. I was but a half second behind her!

Itsuke with Mikuru, bumped into me from behind.

The sound of a stifled gasp and a book hitting the floor had us turning back in to the clubroom.

We rushed up to her usual cornered chair, the aforementioned book on the floor at its' feet.

Also ... gone? Like Haruhi, there but a moment ago. She couldn't have gotten past us. She-

Though we knew it would do no good, we searched the whole old wing of the school on the off chance Yuki and Haruhi would be somewhere there ...

We couldn't call the police. What could we tell them? Our friends vanished into thin air ... Even though we didn't see it happen. No, the disappearances would be noted and we would be prime suspects with the police eventually thinking we killed them or were insane.

Suspected murderers or insane, we would be locked up for sure either way.

With no one else in proximity to the incident, we decided on keeping quiet.

No doubt, this had to be something Haruhi triggered and we decided, with no real course of action to take, to wait it out.

We had no idea at the time, that the wait ..


Go to Jays' Tee Vee blog main page here. Any articles under this means you're already there.


Disclaimer: The preceding is a NON-PROFIT work of fan fiction for entertainment purposes only. I make no claim to ownership of the copyrighted names/characters, places, and events mentioned in this work. They are the sole properties of their respective owners. Please, by all means support the owners of such properties in the purchase and enjoyment of their works.
Posted by Jay at Thursday, June 16, 2016 3 comments: Links to this post

Places I Go To

Jay
Fundamentalist Christian, though not into "armageddon theology". Politics range from libertarian to conservative.